Why does Spiritual Awakening Happen in Your Life?

Why does Spiritual Awakening Happen in Your Life?

There are two ways in which to view the question, “Why does spiritual awakening happen?” You could ask this question from a Cosmic point of view or from a personal point of view.

So let me attempt to answer this question from these two different but related points of view.

Part I – Spiritual Awakening from a Comic Point of View

Part II – Spiritual Awakening from an Individual Point of View

The Why of Cosmic Awakening 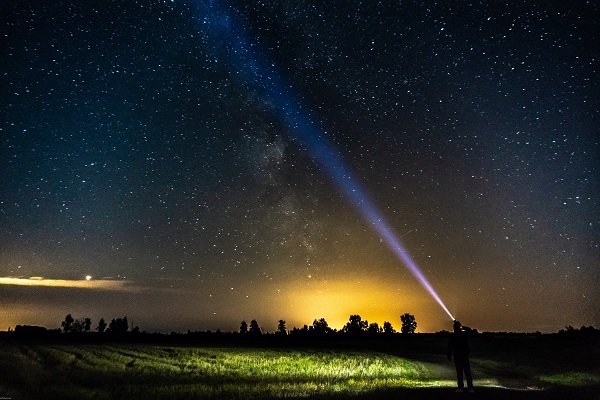 Photo by Nick Iliasov on Unsplash

Let us begin by looking at why spiritual awakening happens from a Cosmic point of view.

This kind of question, “Why does spiritual awakening happen?” was asked by the Christian mystic Julian of Norwich. When, in contemplative prayer, Julian asked God the reason for Creation, she received the following answer.

Do you want to know your Lord’s meaning in this matter? Know it well: Love was the meaning. – Revelations of Divine Love – Julian of Norwich (late 1342 – after 1416)

NOTE – Do not confuse the word “mystic” with the word “psychic” which many people do.

A mystic is someone who has had a direct experience of God. A psychic is a person who claims to use extrasensory perception (ESP) to identify information hidden from the normal senses, particularly involving telepathy or clairvoyance.

From a Cosmic point of view, the reason why spiritual awakening happens and is designed to happen is because God as Love desires to KNOW God as Love. The only way that can happen is for God to play a role whereby there is the illusory experience of separation.

According to A Course in Miracles, this separation from God first happened millions of years ago. But the important revelation, the crux of the Course, is that in reality it never happened at all. ― Marianne Williamson, Return to Love

Awakening is to KNOW and live as a reflection of the One Life and the One Love. It is to live as unique image or reflection of God as Love. Note here that KNOWING is not to be equated with intellectual knowledge.

The How of Cosmic Awakening 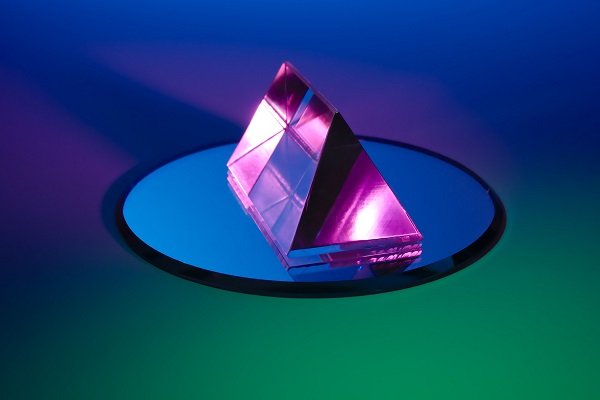 Photo by Michael Dziedzic on Unsplash

Far be it from me to tell you how the Mind of the Universe works but let me attempt to share the reason for Cosmic spiritual awakening by way of human experience.

Imagine you are lonely.  Imagine that you had nothing to do, and you had all eternity in which to do it. You are bored and there is nothing and no one to relate too.  Even so, who you are is Infinite Unconditional Love.

What would you do?

The One would become two but would still be the One. The foundational reality of Oneness would not change. So began Creation. This happened around fourteen and a half billion years ago, according to modern science.

So from the dawn of Creation throughout time you as Infinite Love create forms. These are the forms through which you awaken as the One Life and One Love that allows you to KNOW who you are as Eternal Life and Love.

Even though you create forms that look separate, you are still the only Mind in the Created Universe. You are the Source that dances all that exists. You create the illusion of separation. In Hindu philosophy, they call this illusion Maya.

When I write about Love, this is Love as Being who you are and not something you engage in with another.

This feeling of separation from Love is what the term “original sin” really means. It’s not a punishment. It’s a necessary part of Cosmic unfolding.

While the feeling of personal separation from Cosmic Love feels very real,  all mystics recognize this as an illusion. This recognition happens when one awakens. This does not mean that the feeling of being separate goes away. It only goes away when you are living in the awakened state.

There is a paradox to be KNOWN.

While the feeling of personal separateness goes away, it does not go away. You are both someone (personal and separate) and no one (Universal) at the same time. This is what the Master Jesus meant when he said, “I and the Father are one.”

When you are in the awakened state, you KNOW and live this paradox. This is not a state that can be known via the intellect or the personal overthinking mind. It is beyond anything you can ever think about.

Integrating the experience of spiritual awakening is the long and challenging journey into what the writer Marianne Williamson refers to as The Return to Love – Reflections on A Course in Miracles.

Spiritual Awakening as a Cosmic Gift 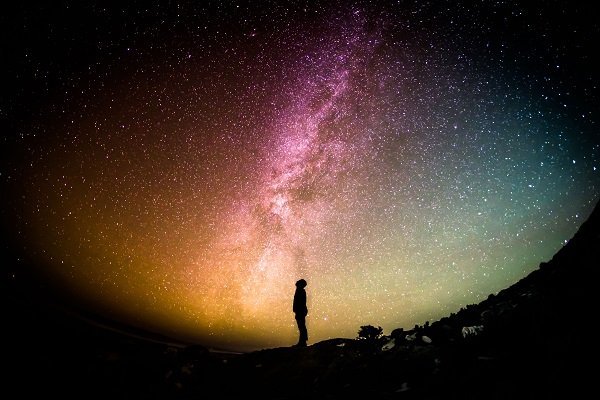 Photo by Greg Rakozy on Unsplash

Spiritual awakening is not an achievement.

More on this later.

When you are graced such an awakening, you become a mystic.

A mystic, as I define that word, is someone who has been graced a direct revelation of Love or God. They are graced the KNOWING of the experience referred to in Christian terms as:-

In a similar way, the Sufi mystic poet speaks of spiritual awakening when he says;-

You are not a drop in the Ocean. You are the Ocean in a drop—Rumi.

Another way of understanding this is to say that the personal and the transpersonal are unified. 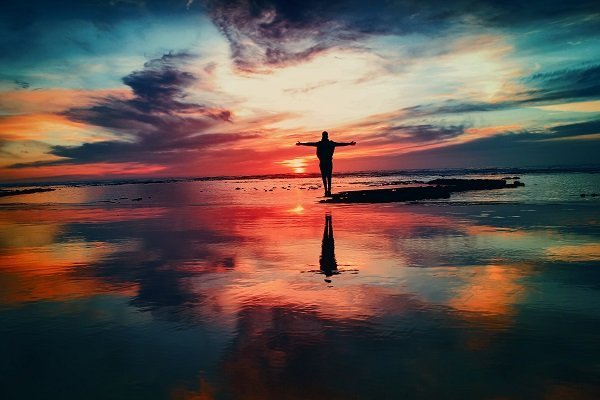 Photo by Mohamed Nohassi on Unsplash

Spiritual awakening happened to me because it was what I absolutely longed for. I wanted to understand in no uncertain way what Love is. In this way I was in alignment with the reason for Creation, which is Love.

I was reading a book on a train while travelling into King’s Cross in London. The book was written by the enlightened sage Jiddu Krishnamurti. I was reading and re-reading his reflection on the word “Understanding.”

To know yourself you need not go to any book, to any priest, to any psychologist. The whole treasure is within yourself. – Jiddu Krishnamurti

Krishnamurti was writing about understanding in a way far beyond intellectual information. This writing was about KNOWING. I wanted to KNOW. I was willing to die into KNOWING and so I was given the revelation of Grace.

I think without some form of longing to KNOW what your purpose is and what your relationship to the Cosmos is, spiritual awakening is unlikely to happen. You will, as most people travel the journey of life in ignorance of the magnificence of the potential seeded within you.

The Secret of Secrets (Anna Akhmatova) seeded inside you will remain a secret.

The Cosmos KNOWS itself

Photo by Aaron Burden on Unsplash

As the opening quote from The Power of NOW by Eckhart Tolle states:-

You are here to enable the divine purpose of the Universe to unfold. That is how important you are! – Eckhart Tolle

The purpose of the Universe is Love. This is confirmed by all mystics from all times and all traditions and as stated previously was confirmed to the Christian mystic Julian of Norwich.

Spiritual awakening happens when the sense of the separate personal self is transcended. This does not mean that you disappear. Think of it in this way. You live your life as a sunbeam and one day you KNOW you are the Sun.

You awaken to the reality beyond your sense of the personal and separate self. Your personal sense of “I am” merges into the universal “I AM.” The sunbeam is still the sunbeam but so much more.

You cannot stay in this elevated state.

You return to everyday living but who you THINK you are has radically changed. The question becomes, “How can I serve the glory revealed to me and through me?” Your focus moves from “Me, myself, I,” to “We, us and them.”

Teach me, my God and King,

In all things Thee to see,

And what I do in anything

To do it as for Thee.

From the Elixir by George Herbert

Mature spirituality is always about service toward the whole and not simply service to promote your personal or group agenda. (The Purpose-Driven Life—Rick Warren)

It is always about the willingness to be an expanding channel for Love’s purpose.

To read PART II and PART III go to the second page of Why Does Spiritual Awakening Happen.

Follow Me
Tony Cuckson
Writer - Storyteller - Musician at Yoga Journey for Life
Writer of Awakening the Heart - 21 Ways for Following Love's Message. Also author of Being Beautiful - Learning to Treasure the REAL YOU. Workshop Leader in Learning to Companion YOUR Greatness.